The vegetarian : a novel

The vegetarian : a novel

Title
The vegetarian : a novel 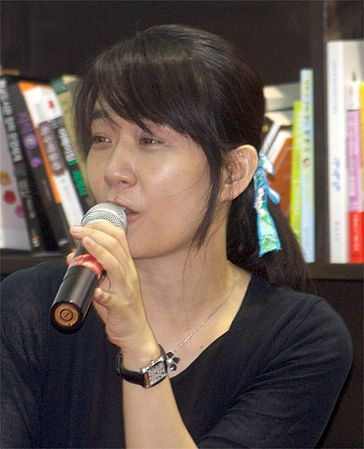 Han Kang (Korean: 한강; born November 27, 1970) is a South Korean writer. She won the Man Booker International Prize for fiction in 2016 for The Vegetarian, a novel which deals with a woman's decision to stop eating meat and its devastating consequences. The novel is also one of the first of her books to be translated into English.

Han Kang is the daughter of novelist Han Seung-won. She was born in Gwangju and at the age of 10, moved to Suyuri (of which she speaks affectionately in her novel Greek Lessons) in Seoul. She studied Korean literature at Yonsei University. Her brother Han Dong Rim is also a writer. She began her published career when five of her poems, including "Winter in Seoul," were featured in the Winter 1993 issue of the quarterly Literature and Society. S…Read more on Wikipedia

Work of Kang Han in the library